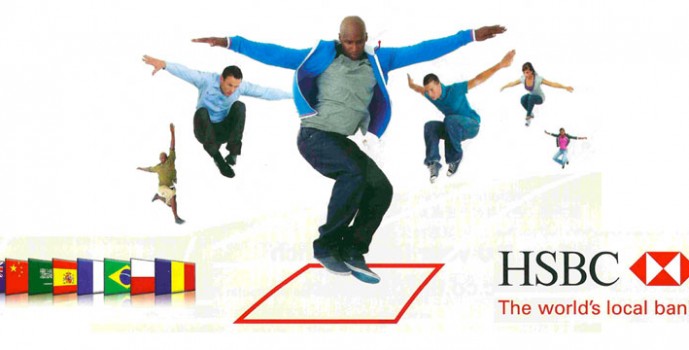 For the HSBC passport campaign the models/dancers would have to follow a strict moodboard that the act director and the advertisement company wanted. The idea, is for the participants to look like they are landing on certain parts of the world. At the casting to achieve this was going to prove challenging because the models/dancers, would have to jump off a spring board in the air in certain positions, while the photographer had to capture the shot, as well as the model/dancers looking graceful, and then landing safely on a crash mat. Believe me when I say this is easier said than done…

Kwame also featured in this campaign, which can be seen on brochures in HSBC banks across the UK.  Full story can be read on his blog HSBC Campaign