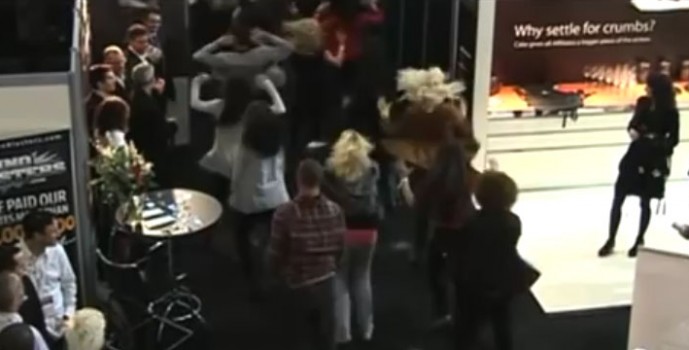 A flash mob is a great way to advertise your company, product or brand!  It usually starts with a group of people who assemble suddenly in a public place, perform an act for a brief time before quickly dispersing. The flash mob is a relatively new idea with the very first one being performed in 2003.

Accelerate have organised many very successful flash mobs over the years, usually for advertising purposes.  A company who wants to promote their product or brand would request for a group of dancers, models or actors to suddenly appear at an event, shopping centre or even on the street and perform an entertaining act.  Accelerate have great experience of organising and producing such flash mobs. 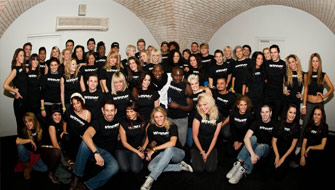 A great example is one of the many flash mobs that Accelerate’s creative director, Kwame Knight has produced.  A gambling company were attending a convention in London and Kwame was asked to create something that would draw attention to their company.  Kwame choreographed 60 of Accelerate’s dancers to perform a fantastic routine.  The dancers were mingling with the public one minute and then the next, when the music began, the flash mob took form.  The 60 dancers performed a 10 minute routine to the astonishment of onlookers who were completely taken by surprise when it all came together.  The dancers ended by revealing t-shirts bearing the company name. 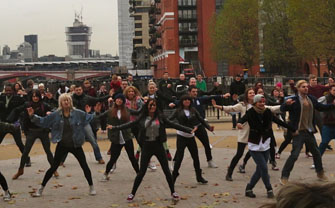 It’s not always to advertise a particular product that  flash mobs is used for.  Accelerate were commissioned by the Greek National Tourism Organisation to devise a flash mob with over 100 dancers.  The flash mob took place on London’s South bank and Accelerate cast and supplied all the dancers.  The idea was to draw attention to the many beautiful destinations that Greece has to offer.  Accelerate produced an amazing flash mob and once again completely surprised and stunned onlookers.

Why not surprise your guests at a wedding or any private celebration party by organising a flash mob?  A flash mob doesn’t just have to be for advertising purposes.  What a great way to entertain the party by a group of people suddenly appearing on the dancefloor and performing a choreographed routine.  Accelerate has years of experience of providing entertainment for all types of party and could spice up your event by choreographing a flash mob.  Your guests would be stunned and amazed to see dancers suddenly appear, perform to your favourite track and then disappear!