Renault required an experienced creative director & choreographer to devise movement direction for the featured dancers & models in both versions of the Renault viral video. The clips see unsuspecting men and women test-driving the new car, before being prompted to press the ‘Va Va Voom’ button on the dashboard.

The scene before them quickly changes into a stereotypical French setting. The Renault viral video, one featuring guys and the other featuring girls, have already clocked-up over one million views on YouTube since they were uploaded onto the site on Thursday March 28 2013.

When the drivers press the ‘Va Va Voom’ button, a couple suddenly kiss in the middle of the road before a Parisian backdrop. Actors approach the car offering to sell roses and baguettes to them. Violinists begin playing in a front garden, and finally half-naked male and female models enter the scene and dance around the Clio.Suddenly the scene is taken away to reveal a billboard with the tagline ‘Reignite your Va Va Voom’. 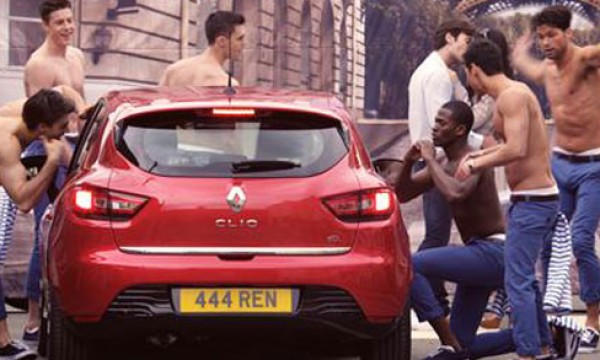 "We receive an amazing response from the virals, We couldnt have done it without Kwame Knight of Accelerate Productions."
- Renault