To create a choreographed show piece to be performed at the Goodwood Festival of Speed to draw audience attention to the Mazda stand. It had to be done in a creatively original and never before seen way, while incorporating the main focus of Mazda cars into the show.

This was to be a ground breaking performance by Accelerate creative director Kwame Knight. The aim was to draw the attention of thousands of petrol heads to the Mazda stand.

This was not a conventional piece of theatre. Kwame was one of the first choreographers to discover the growing talent that is Parkour, also known as free-running. Parkour has been around since the 1980s. The act is where athletes skillfully manoeuvre through urban areas, usually towns and cities, flipping, somersaulting, jumping, scaling, balancing on walls, rails & roofs & basically anything they can creatively conquer. The athletes are closely linked to stuntmen as they take very severe risks without the use of safety nets.

These skilled athletes, who usually performed as individuals were utilized for the event and were choreographed to perform a synchronized routine for the Mazda stand, exchanging the urban streets for cars as the athletes moved around these obstacles.

The result was jaw-dropping and audiences couldn’t believe what they were seeing at the Mazda stand. 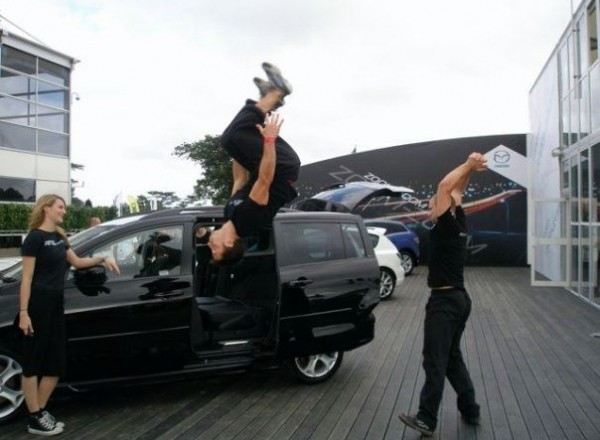 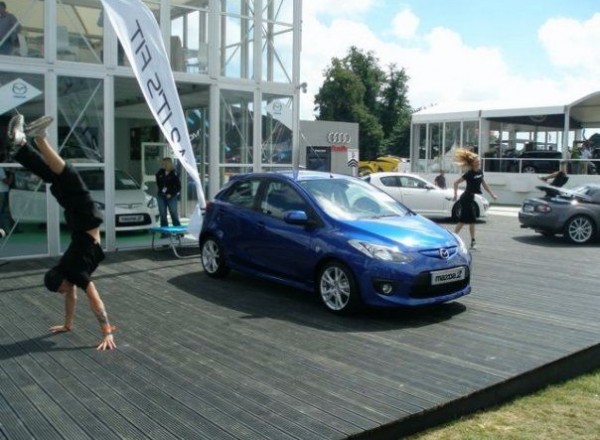 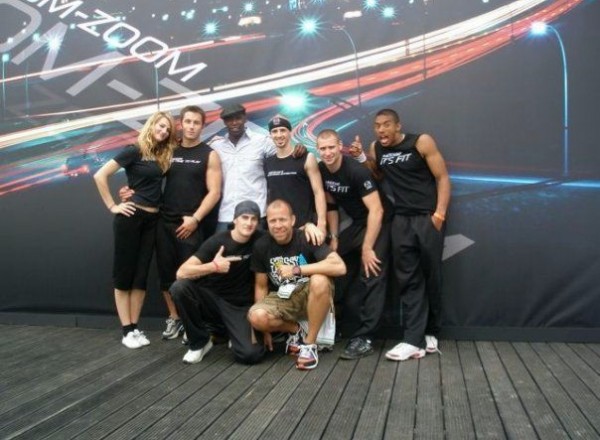 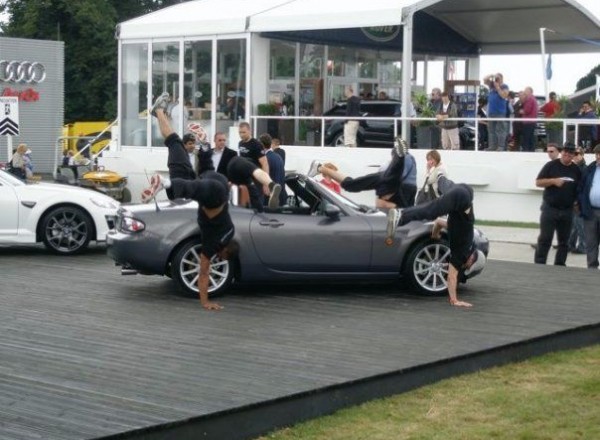 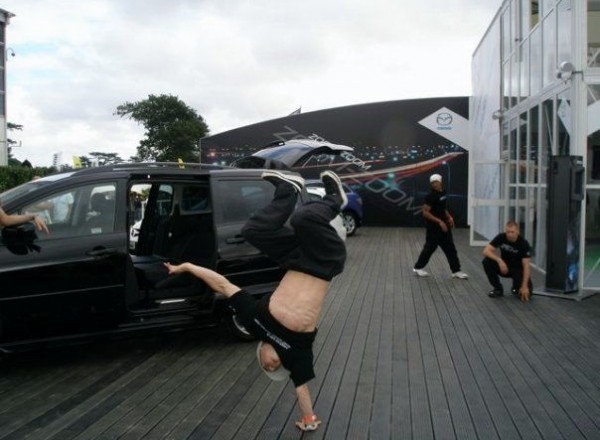 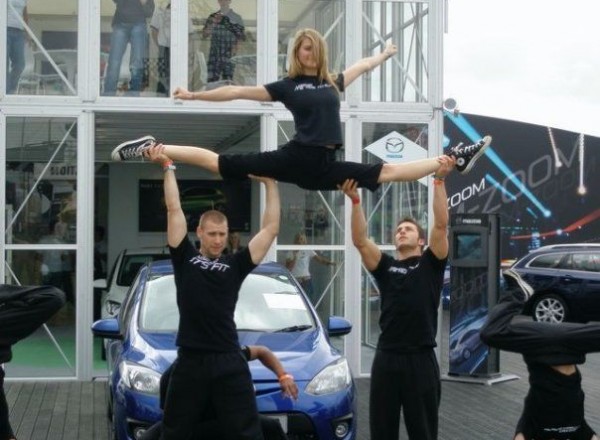 "To use performers to creatively to bring our brand alive was just genius."
- Mazda UK