To provide a choreographer to direct all dancer/models at casting to fit the brief for the HSBC Passport campaign. 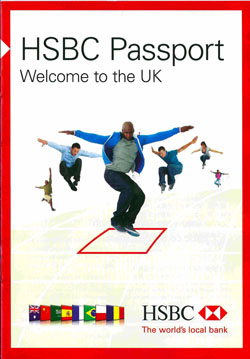 We commissioned Kwame Knight to choreograph the model/dancers for the  Passport campaign. The models/dancers would have to follow a strict moodboard that the act director and the advertisement company wanted. The idea, is for the participants to look like they are landing on certain parts of the world.

During the casting as Kwame was demonstrating the movement and positioning the art director wanted for the storyboard, the advertisement company decided they wanted Kwame to be the main feature in the Passport Campaign.

You can see the brochure which is now in all HSBC bank’s across the UK.

"Exactly what we were looking for."
- HSBC